Fresh and flavorful, chimichurri sauce enhances everything from seafood and grilled meats, to produce. Although there are several traditional ways of serving it, you can get creative with the sauce as well.

A vibrant green sauce, chimichurri is typically made with a combination of ingredients such as olive oil, vinegar, garlic, parsley, oregano, salt, and black pepper. Red wine vinegar is traditionally used over white or balsamic, but you can substitute lemon juice if you don't have any on hand. It's important to finely chop the parsley and garlic and to use fresh instead of dried or powdered ingredients.

Chimichurri can be either mild or hot, depending on your preferences. If you prefer a little heat in your sauce, add a pinch of dried red pepper flakes, or chopped red chilies. If you're serving the sauce to a crowd, such as at a special event, include both mild and spicy chimichurri, especially if there are children in the group.

After mixing all of the ingredients together, it's important to allow the sauce to sit at least two hours before using it, to allow all of the flavors to mix and marinate. If you don't have the time or desire to make the sauce yourself, buy it from a wholesale retailer for the best price, and so that you never run out of it.

Here are some creative ways to use chimichurri sauce:

Although it's commonly used to add flavor to meat, such as beef and pork, seafood will benefit from chimichurri as well. As one idea, place fresh seafood, such as shrimp or pieces of salmon or catfish, into a bowl of the sauce and allow it to marinate for at least an hour prior to grilling it.

As another option, baste the seafood with the sauce using a brush during the grilling process. If you prefer to bake the seafood, pour some of the sauce into the baking dish or foil packet first.

Although most types of potatoes aren't very flavorful on their own, chimichurri sauce will cause an instant flavor boost. Create a delicious side dish for burgers by tossing crispy French fries with chimichurri right before serving them. Crumble a bit of feta cheese over the fries to finish the recipe.

You can also spoon chimichurri over halved, baked white or sweet potatoes to kick up their flavor a few notches. As another idea, toss sliced potatoes with potatoes prior to frying them and serve alongside any type of eggs for breakfast or brunch.

For more information on the benefits of chimichurri wholesale, contact a professional near you. 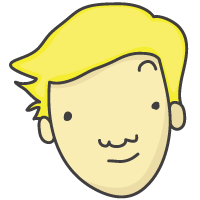 Hello, my name is Johnny Fredrico. Welcome to my website about food suppliers. When I was a young kid, I always wanted to learn how the food made it to the schools, ready to serve. On my site, I will explore the various ways that food suppliers accomplish this amazing feat. My site will cover the methods used to balance nutritional values of the prepared foods. I will also talk about the different places food suppliers send their nutritional meals and ingredients. Please feel free to visit my site on a daily basis to learn more about food supplier services. Thank you for visiting my website.

Creative Ways To Use Chimichurri Sauce
25 April 2022
Fresh and flavorful, chimichurri sauce enhances everything from seafood and grilled meats, to produce. Although there are several traditional ways of …

Creative Ways To Use Up Extra Wholesale Empanadas
21 January 2022
Buying empanadas wholesale is often the most cost-effective way to purchase them. But even if you usually use up the whole order, there may be times w …

Three Popular Buns You Shouldn't Be Without
28 October 2021
Bread will never go out of style, no matter how many low-carb diets take the spotlight. Bread is such a versatile food, and it comes in so many forms, …